Favourite Sports Memory: Sidney Crosby’s overtime goal in Vancouver. As Canadian as a sports moment can get. A small town boy, from the East Coast, scores the winning goal in overtime. Taking the Gold medal from the US at the Olympics in our home country.

How you got involved in your sport: I Cross country skied since I was really young, in the backyard and through the fields on the family farm. I was introduced to the sport of Biathlon for the first time on television from the Olympic Games in Salt Lake in 2002. Following that my younger brother began with Biathlon in the Cadet program. The coach offered for me to try, but that first weekend I said no. The next week at practice, again the coach asked if I wanted to try. Curiosity got the better of me, so I shot a rifle for the very first time. That was nine years ago and I haven’t stopped.

Favourite Quote: “My life was shaped because someone invented gun powder, and it took me around the World.” – ~ Charles Remmington, The Ghost and the Darkness
“If you want to kick the tiger in his ass you’d better have a plan for dealing with his teeth.” ~ Tom Clancy

Share one valuable tool that you use on a daily basis that helps you to be the best athlete you can be: Give each day or workout a purpose. By focusing on achieving your goal for that day you make that day as productive as you can. Whether your goal is thinking about a single movement in your technique for a three hour workout or chilling out for 30 minutes every day. The best athletes are the ones that have the highest number of productive days.

Who is one person in your life that has impacted your career and what was it that they taught you: Terry Fox has had the greatest impact on my life. His attitude to not give up no matter what obstacles stood in his way can only be described as heroic. He took a great tragedy of losing his leg and changed the World. We should all be that lucky to have such a magnificent outlook on life.

For the greatest impact on my sports career I turn to my current coach Robin McKeever. He has taught me so much about how to race, most of my recent success is directly related to that. I know that there is much more I can learn from Robin as I progress through my athletic career.

Fun Facts:
– I always tie my left shoe or ski boot first
– I shed a tear while watching Blood Diamond 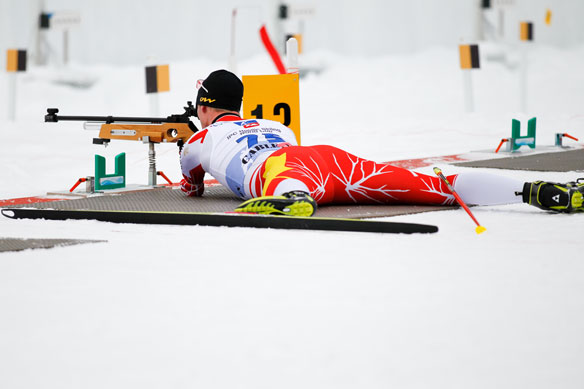 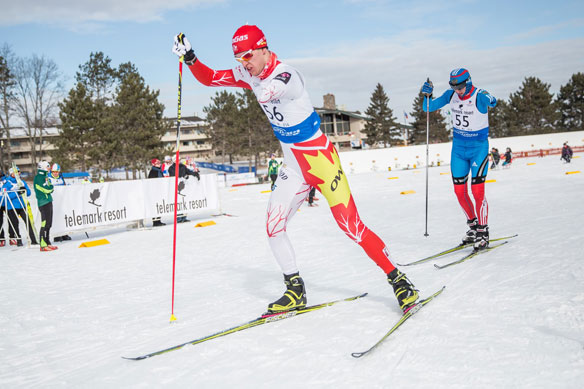 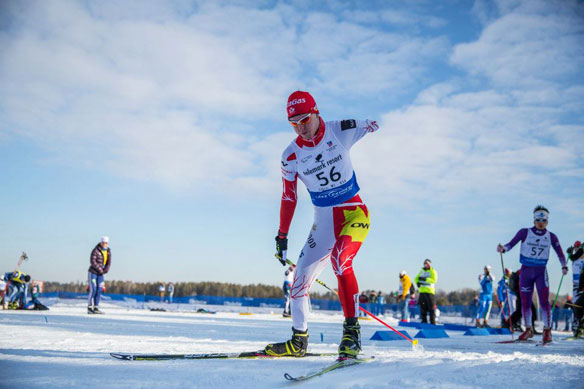