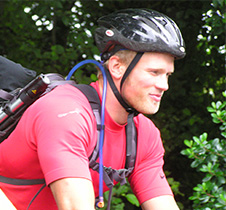 It was right after the Canadian men’s heavyweight rowing eight won gold that Adam Kreek, giddy with it all and talking his head off, did a brief riff on the funding of sport.

It was in reply to a question I’d asked, although I forget now what it was, but the essence of what he said was this: He wasn’t at all sure that more government funding was the only answer for Canadian athletes like him. He was divided, he said, because it was community support, from his Aunt Jill to friends and strangers, that had really made the difference for him, not just financially but also emotionally.

In a nutshell, that is the rub of the debate which rises up with every Olympics. Polls show that Canadians want more medals and in principle approve of athletic excellence, yet the only issue that is ever really explored is whether Ottawa is spending enough.

That’s only part of the story. The other is for Canadians not to look to our Big Nanny government, but to themselves.

Jane Roos, a former heptathlete, artist and entrepreneur, started doing something about this more than 10 years ago with a small fundraising operation (athletes would actually show up at her house clutching their receipts and she would reimburse them) that has evolved into the CAN (Canadian Athletes Now) Fund, a non-profit organization which this year supported all but a handful of Canadian Olympians, including most of those who won medals in Beijing.

What the CAN Fund does is twice a year invite applications for financial help from needy athletes – and the vast majority of Canadian athletes, even the medal-winning ones, exist at subsistence levels and are needy. These detailed applications are double-checked for accuracy with the appropriate sports federations (that is, that the applicants are the third or 14th-ranked in their sport, etc.) and then go to the CAN board for approval. If successful, athletes receive $6,000 in direct funding, twice a year.

Before Athens, the then-unknown paddler Adam van Koeverden used some of his grant to go to Norway and live in a cramped apartment with his greatest rival, Erik Larsen, and train and learn from a master. Mr. van Koeverden won gold and bronze in Athens, which meant that in the lead-up to Beijing, where he won silver, he was less impecunious than usual, so he began giving back to the fund.

World champion speed-skater Jeremy Wotherspoon, probably the most dominant skater on the planet, still needs help to pay for his high-tech equipment. Some athletes use the money to pay for coaching, to eat properly (the men’s eight, for instance, trained so intensely they were burning up 6,000 calories a day each, yet were collectively so poor they used to have designated “meat nights”), others to help with rent and basic living expenses or to pay down the credit card bills they run up for travel and training. The members of Canada’s field hockey team – “They had nothing,” Ms. Roos remembers – pledged that half of their individual grants would go toward team travel.

It’s not just desperately needed funds the CAN Fund provides. As one of the golden eights, rower Kevin Light, once put it to Ms. Roos, “Money is one thing, but it’s feeling valued.” The fund’s grants, which come directly from the pockets of ordinary Canadians or from Canadian companies, carry with them that sense of being appreciated.

The telling thing, Ms. Roos says, is how much the athletes respect the fund. “Nobody would apply who doesn’t need it,” she says. “They’re proud people, not beggars.”

During the Beijing Games, the fund ran an $8-for-08-08-2008 drive, the idea being that every Canadian who was watching the Olympics on the tube could give just $8. “Did you watch Adam Kreek roar the national anthem?” Ms. Roos asks. “Isn’t that worth $8?” That campaign will run another couple of weeks, and then she wants to start another, inviting people to give their sports number: in other words, if you always wore No. 24 in high-school basketball, or still put on No. 44 for once-a-week shinny with the guys from your office, give that much.

Her goal is to make it as easy and painless and rewarding as possible to donate. That’s why, through the United Way, you can specify the CAN Fund; it’s an official campaign charity. That’s why you can donate shares. That’s why with every donation, in addition to getting a tax receipt, donors are told the name of which Canadian athlete they’re helping. It’s personal, in the way that Mr. Kreek talked about.

That’s also why she started the Patrons of Sport program, kick-started last year by Ottawa Senators’ owner Eugene Melnyk, who gave $1-million. Ms. Roos thinks it would be splendid if National Hockey League players, paid so handsomely for the same pursuit of excellence in which amateur athletes engage for a pittance, followed suit, although they have been, shall we say, slow to take up the challenge.

During the Games, Ms. Roos had at her downtown art gallery a show of photographs and paintings done by some of the very Olympians who were competing in Beijing (that show, every piece of it, was bought out at the high-bid price by a single person for about $25,000). The show was still hanging when I interviewed her last week – the work is terrific. I particularly liked the photographs taken by Mr. Light.

As a former athlete (her promising track career was ended by a terrible car accident when she was a teenager), Ms. Roos has a visceral understanding of how the skills honed by high performance training – discipline, responsibility, time management, commitment, in some instances learning to rely on teammates – also contribute to the making of better citizens. I was and remain an athlete of stupendous mediocrity, as anyone who has seen me run can vouch, but I too understand it.

As the great Japanese novelist, and ordinary long-distance runner, Haruki Murakami writes in his recently published What I Talk About When I Talk About Running, perhaps the most inspirational book I’ve ever read about marathoning, “Maybe it’s some pointless act like, as I’ve said before, pouring water into an old pan that has a hole in the bottom, but at least the effort you put into it remains.”

To make a donation or learn more, please check out https://canadianathletesnow.ca